The Financial Benefits of Adopting A Pet 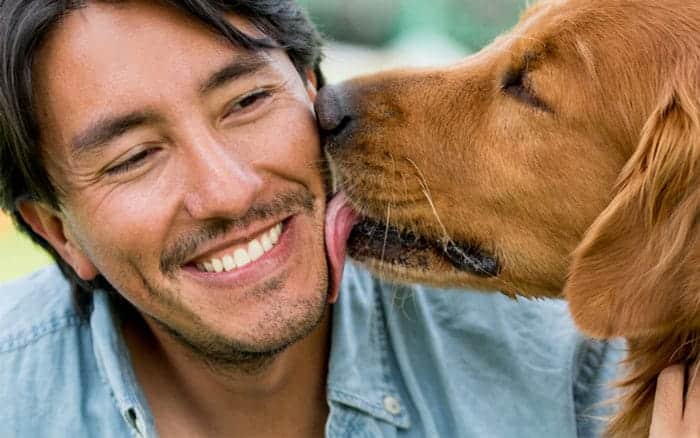 Overcrowding is a serious problem in America’s animal shelters. According to the ASPCA, an estimated 1.5 million animals are euthanized every year due to overcrowding — and that’s only dogs and cats.

If you’re considering bringing home a pet in the new year, adopting your furry friend from a shelter can help alleviate this growing problem. You’re also helping end pet homelessness, unhealthy breeding techniques and puppy mills, which subject more than 2 million dogs to devastating and inhumane conditions every year.

As if that weren’t enough, you can actually save money by adopting over shopping. Breeders and pet stores come with considerably higher costs — both up front and over the life of your pet — especially when compared to animal shelters and rescue organizations.

Adopting your pet from a rescue group or shelter can save you significantly up front. Breeders typically charge $1,000 or more for their pure-bred animals, and pet stores are equally as expensive. What’s worse, these fees rarely include the costly vaccinations, spay or neuter surgery and initial medications that the newly purchased animals need.

Though shelters and rescue organizations may charge an adoption fee, it typically covers the following services:

The adoption fee may also cover the cost to treat an animal that arrived at the shelter with a pre-existing injury or illness, something that isn’t typically covered by a breeder.

Better for Your Wallet (And the World)

Aside from the differences in up-front fees, pets from shelters also cost owners less money throughout their lifetime — especially when compared to animals from breeders or pet stores.

The first reason stems from the overall health of the animals. Shelter animals — particularly mixed-breed ones — tend to be healthier than the pure-bred animals most breeders and pet shops specialize in. Pure-bred animals are more prone to health issues like hip dysplasia, enlarged hearts, breathing difficulties and more, all of which result in higher veterinary bills (and, in many cases, a shorter lifespan). Puppy mill animals, where many pet stores buy their animals from, also have significantly more health problems due to poor living conditions and unhealthy breeding practices.

Shelter pets are often crate-trained and potty-trained (at least partially) and are already socialized with people and other animals. Breeder and pet store animals often need additional training to achieve these milestones, resulting in even more up-front costs.

By adopting an animal from a shelter or rescue group, you can feel confident that your money is helping animals in need. Rather than being used to further puppy mills or inhumane inbreeding practices, your fee will fund an organization that’s actively working to help animals in need.

As Francis Battista, co-founder of the Best Friends Animal Society, explains, “When you buy a pet, you not only deny a homeless pet a home, you are supporting an industry that thrives on short-changing the welfare of animals. Puppy and kitten mills, which sell to pet stores, are in business to make a profit, so they churn out puppies and kittens as fast as they can. These animals are often in ill-health and have problems like poor socialization skills due to lack of human companionship and genetic defects due to inbreeding.”

Pet stores typically purchase their animals from puppy mills and mass breeders. The animals usually do not come with any training or socialization skills and may have serious health problems due to their poor care.

Breeders usually specialize in pure-bred animals, which have higher rates of serious health issues like hip dysplasia and breathing difficulties. They also may live shorter lives as a result. Professionally bred animals also typically do not come with vaccinations, spay/neuter, microchipping or other necessary treatments.

Shelter animals are usually brought in as strays or by owners who are no longer able to care for them. They often have free or very low adoption fees and may include some vaccinations, microchipping or other medical fees.

Rescue organizations focus on rehabilitating animals or nursing them back to health after injury or ill-treatment. They often cover all medical treatments, as well as services like microchipping and vaccinations. Rescue groups sometimes specialize in one type of animal or breed.

Potential pet owners should always consider the upfront and lifetime costs of an animal before adopting one. Should you have trouble paying for your pet after adoption, there are many organizations that offer financial help to pet owners in need. There are also loans and credit cards that can assist — even if you have not-so-perfect credit.

Some would-be pet owners are hesitant to adopt shelter or rescue animals, despite the significant cost-savings they offer. Many think these animals are unpredictable, unhealthy or will have some sort of social or emotional condition.

In most cases, these assumptions are unfounded. Here are a few of the most common myths about shelter animals:

Many also assume a low-cost adoption means a lower-quality animal. This just isn’t the case. Overall, shelter and rescue pets are well-socialized, healthy and will likely live longer lives than pure-bred animals or puppy mill pets.

There are countless reasons to adopt your next pet. From saving a life (and hundreds of dollars) to helping put an end pet homelessness, puppy mills and the unnecessary euthanization of millions of animals every year, adopting a pet doesn’t just feel good, it does good, too.

We just had a baby so put training on pause!
Join the mailing list to be the first to know when I start up again.

You have Successfully Subscribed!